Hi everyone. It’s a beautiful Saturday evening and there’s no better way to enjoy it other than with an EnGw story. But in case you missed previous episodes, well here they are

Let’s get quickly to today’s story…

The wedding date had been fixed for two months away. Joseph’s family was coming all the way from the UK. The Omojuwas were also very excited and all hands were on deck as preparations were in order. Kenny and Joseph were finally getting married. Such a beautiful couple. Napkin colors, hall size, menu list and what not were the topics of discussion between Kenny and her mom. Taiwo had asked to be excused for a few days as she said she was feeling “under the weather“. She locked herself up in her room and everyone knew that when Taiwo did that, not even Daddy could get her out. Little did they know what she was contemplating behind those closed doors.

Taiwo scrolled through her phone as hot tears rolled down her cheeks. She flipped her diary open and looked back at that sad day. The day when Kenny tricked her into believing that Joseph was a playboy, only using her to get what he wanted. She wished she could erase the memories off her mind. She still remembered the kiss they shared in the Faculty quadrangle that evening and how Kenny interrupted that golden moment. Truly, no one was to be trusted. And Taiwo was bent on having her pound of flesh back. If she couldn’t have Joseph, Kenny wouldn’t either. 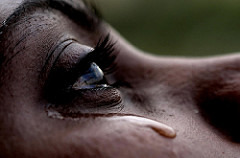 The stage was set for the perfect revenge. Taiwo was set to execute her plans on the wedding day. She had gone through different websites searching for how to kill someone without leaving a trace and had combed the internet with a fine tooth looking and looking and all she could come up with was more tears and regret. She then landed one page that seemed to have the perfect answer to all her questions. It was about the perfect homemade poison.  Taiwo quickly went into her bathroom to pick up the ingredients. She would serve it to her sister as juice and Kenny would never see it coming. All she’d do was drink it all in and die right there on the spot. And then again Taiwo thought to herself. “I can’t do this to my sister. Kenny is my blood. No, I can’t do this to her”

Taiwo also thought of committing suicide. She would drink the poison herself. At least, she would rather die than see them married. She would then leave them a bitter suicide note that they were the reason she killed herself. Then they’d have no choice to break up when she’s dead. She looked at herself in disgust after thinking it through. She quickly reminded herself that her life was worth more than all these. She got up hurriedly from her bed before doing anything stupid. She was going to dispose of the poison when she heard a knock on her door. It was Kenny.

“Taiwo,  come see who’s here“.  As Taiwo stepped out of her room, love cast its spell on her again. Joseph was standing there with Kenny in his arms but Taiwo couldn’t even see any of them. All she saw was the handsome guy standing beside Joseph. “Taiwo, meet Mike Joseph’s cousin and bestman“. He was her dream come true. Talk love at first sight and Taiwo was already drowned in Mike. Before anyone could say Jack Robinson, Taiwo fainted on the floor. She was overwhelmed with emotions that she just simply lost consciousness.

“Somebody call an ambulance quickly” Mike shouted as he quickly put her in recovery position. He was a doctor and knew the basics of resuscitation. Time was of essence and he saw Taiwo wasn’t breathing spontaneously. He quickly delivered rescue breaths to her through her mouth. It was truly the kiss of life. Taiwo gasped back to consciousness and everyone sighed for relief.

Two months passed and wedding day came. And as you would expect, Taiwo was still the Chief Bridesmaid. But what she never saw coming was Mike’s proposal at the wedding reception.

“Taiwo Omojuwa, would you marry me?”

…writing stories since Adam and Eve

One thought on “Two Same, Too Different (5)”